(COLOMBO, LANKAPUVATH) –The doyen of Sinhala cinema and internationally renowned filmmaker Dr. Lester James Peries was cremated amidst glowing tributes from fellow artistes, politicians, members of the clergy and the public at the Independence Square yesterday evening.

Dr Peries’s cinematic journey which was illustrated by his desire to highlight the indigenousness and the local cultural ethos to the Sri Lankan cinema and safeguard the supremacy of the Sri Lankan identity in his creations was recalled with great appreciation by speakers who eulogized his contribution to the local and world cinema in glowing terms.

They praised his relentless efforts to take the local film industry to the international domain by moulding generations of competent artistes.

Crowds kept streaming to the Independence Square from early yesterday morning where his remains were lying in state, for the public to pay their last respect before the funeral proceedings commenced in the evening.

President Maithripala Sirisena, Prime Minister Ranil Wickremesinghe and former President Mahinda Rajapaksa were among the large crowd of mourners who had come to Independence Square to pay their respects to this cinematic genius who left an indelible imprint in the hearts and minds of local cinema goers and the people of Sri Lanka in general.

A grey pall hung over vast sprawls of Independence Square as the white casket carrying his remains were taken to be placed in a special dais by the old boys of St. Peter’s College, his alma mater. In the background was a giant structure of the likeness of the fortress built in Belihuloya for filming of his third film Sandeshaya which was screened in 1959.

Vetern Indian filmmaker Adoor Gopalakrishnan who is credited with pioneering the new wave cinema movement in Kerala recognised the enormous service of Lester James Peries to take Sri Lankan cinema to unprecedented heights and gain for it international recognition. 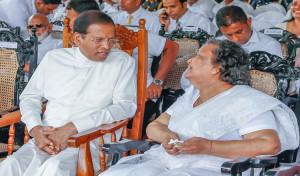 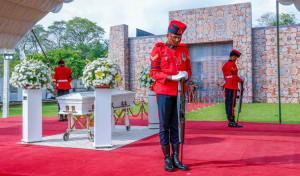 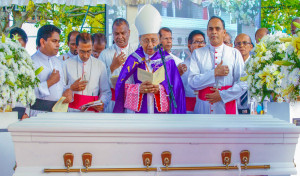 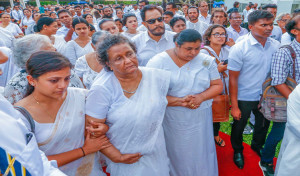 chanaka inoj24th May 2019Leave a reply

(LANKAPUVATH | COLOMBO) – India’s ‘Constitution Day’ was observed through a series of events organized by High Commission of India, Colombo on 26 November 2022. The special day marked the adoption of the Indian Constitution on 26 November 1949.

Import ban on 78 items including refrigerators, clothing, and perfume removed