(COLOMBO, LANKAPUVATH) –AkuruCON is an annual conference on typography in Colombo, Sri Lanka will be held on the 1st of September 2018 consisting of presentations from international and national personalities focusing on Sinhala and Tamil letterforms, specifically from the Dutch era.

The inaugural conference celebrates the shared typographic heritage of Sri Lanka and the Netherlands and this one-day conference features a series of workshops on typography & calligraphy including an evening of presentations focusing on Dutch and Sri Lankan typography. The Dutch Press in Ceylon was one of the first printing enterprises in the region and it pioneered early typography of Sinhala and Tamil scripts. This workshop will provide a great opportunity for students and representatives from design schools, advertising and design industries and the general public enthusiastic in Sinhala and Tamil letterforms and registrations are open on www.akurucon.com. 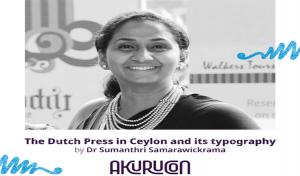 Keynote presentation will be by Martin Majoor, a Dutch typeface designer who began his journey in the mid-1980’s. He taught typography at the School of Fine Arts from Arnhem to Breda and conducted workshops from Amsterdam, Stuttgart to Warsaw, Vienna, Seoul, Madrid and more.He is well known for a few of his books that awarded him with ‘The Best Books’ prize. His take on typography is considered revolutionary and has paved many paths for type enthusiasts throughout the years.

A key highlight will be the first version of revival fonts, based on original letterforms by the Dutch press and will be published at the event. 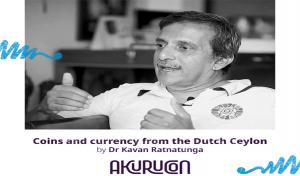 This event is organised by the Akuru Collective and Mooniak in collaboration with Academy of Design (AOD) and with the support from The Embassy of The Kingdom of the Netherlands in Sri Lanka.

chanaka inoj5th May 2020Leave a reply

(COLOMBO, LANKAPUVATH) –China has been awarded the contract to install a Hybrid Renewable Energy System in three islands off the coast of Jaffna in Sri Lanka.

Parliament to re-convene today in full compliance with health regulations

Mechanism to reopen all Western Province schools in 2-weeks

All 15 Parliamentarians cleared of COVID-19