(COLOMBO, LANKAPUVATH) – Light of stillness and solitude is what in turn gave the poet inspiration to get reborn and different ways. This is where her poetic soul found its harbour in “Water Lily”. The paper intends to provide a detailed review of the poems in Water Lily by Jasmine Jayasekara, a publication by Queen of Sea Publishers. Not only will the thematic content of the poems be discussed, but the literary devices used and the flow of “plot” in the poems given that they are connected.

The poet shows gratitude for her father, whom has played a tremendous role in shaping her life. The poet is overwhelmed with nostalgia when she is reminded of the quotes regarding working hard and its output using the hill-climbing struggle and slope analogy. The literary device used therein makes the reader appreciate her father’s work in enlightening and bringing her up.

The poet shows  love for her grandmother. The praise of her grandmother is via the remembrance of the beautiful memories that her grandmother make. In the first stanza, the poet is keen to say that she told exemplary stories and sang beautifully. Additionally, the food that she cooked made her heart warm.

The poem is  a gift that the poet cherishes a lot. The focus of the poem is on the vivid description that the poet uses to provide a pictorial depiction of the present. The gift is handmade and speedily crafted such that it has the high-quality belt. In the last stanza, the user of the metaphor “You are my sunshine, Made in far heaven” makes the reader understands the level of adoration that the poet has on the subject matter.

The theme of change and transformation is evident in the poem. Everything from the weather to the ancient hay. The use of literary devices fosters the understanding of the thematic content by the reader. For instance, the little limbs are described to move like bees and the Toothless gum smiles like moon. The adorable nature of the person being described in the poem is as a result of the high regard in which she is held. Her skin is described to be as soft as petals.

The use of symbolism is prevalent in the brief poem. Despite having only three stanzas, the poet manages to pack so much information in the three stanzas. Love is likened to sunlight and gloom or somberness is likened to darkness. The analogy of using symbolism is vital in converting multifaceted information concurrently. Ripped Heart is a brief poem that describes the changes the heart has faced.

The poem commences with the praise for the mother of the poet. The mother is described as a female youth that has womanish beauty. Slowly but effectively stole her heart; it was one night that they made love. They were envisioning to build a happy homemade with love. The various levels of conflict foster the theme of love. The bruises of the soul cannot be solved by taking pills. The pain that had injured her heart had made her meek and weak. She is further compared to the paralyzed cupid and an unloved lover.

The poem describes the intricacies that involve a heartbreak. During this time, the soul is described as being a bruised soul. The soul is dead, given the spark that love had caused it to continue shining is fading off. The poet compares the lover to sunshine, the enabler of life on planet earth.

The beauty of the poet’s lover is displayed when he praises her beauty. The reader is made accustomed to the beauty of the soul of the persona and how it illuminated her soul mate too.

The use of personification in this poem is immense. The lovers that lay down are compared to the pink petals. The poet says, that the pink petals lie naked, and they are tossing. The golden waves of her hair are tossing from side to side.

The night herein is personified to indicate that which comes to grab the soul but not rob the gold in the hut. Again, the use of personification in the poem has the effect of making the analogy vivid so that the readers can understand the subject matter. The night creeps in and embraces the lovers in their hut.

The poem is meant to offer the bride praise and moral support. The persona is longing for the love, rendering that her bride ought to provide her with. The bride is considered as a significant person that determines the happiness of her groom as the days advance.

The rose among many roses is the poem is intended to describe the notion of her love being among many. The appreciation therein for her lover’s beauty amid others is immense.

The countryside is a collection of poems that revolve around the leafy areas that the persona lives. The use of vivid description is used in the poem in Leafy paths 1 and 11 to demonstrate the environmental aspects that encompasses the scene. The thematic content of love and compassion is highly regarded in the preceding poems of Fairy with Roses and Little Lass. The persona describes the scene as being his paradise, probably because of the presence of her lover. The scene therein is compared to heaven in the poem Green Dream.

This is the last collection of the poem that continues to further the theme of love herein that the others had set the prerequisites for. Flame in ice describes how the persona came to cherish the love that he found on his lover. In the first stanza, we see that A lost soul with playful strides, tiptoed into a broken heart and took residence. The Birth, showcases the origin of the love that they shared and how they came to have conducive and compassionate conformity with each other. The Reward is a poem that indicates the blessings that they accrued because of loving each other. The two receives gifts from “heaven” of which the reader can postulate as children.

As they always say, there is peace in solitude. The inspiration that the persona gets from nature is conspicuously fulfilling to her soul. Not only is nature inspired, but the persona finds solitude in it in lonely moments. The poet is overwhelmed by the beauty of nature in all the collection of the poems under this section. Of particular interest is the increased importance of environmental surrounding on the conformity and coping with the loneliness that the persona in the poem. In the Green Solitude, the green surrounding or the green places are the ones that are said to “cure” the soul. A Lonely Moment – a poem that was written by her father, P. Jayasekara, is keen to convey the internal and external conflict that was being experienced by the persona. It is a poem of solitude by her father. In the last stanza, the persona says that “The thick darkness has crept into the rooms of the house”. The fright that is experienced by her father are present as the internal conflicts that he was undergoing.

The human world is a collection of three poems that are concerned with the approaches that the persona used  to cope with the ensuing human environment.

Blond Brown White Black looks into the friendship that is beautiful and other more than friendship relationships that are forged. Of key importance is the notion that the racial difference does not deter human beings from interacting at a basic level. Monkey Wild is a brief poem on the vivid differences that are inherent in the wild and how the differences among entities they culminate. Romeo and Juliet is a poem that is laced with the theme of love and compassion. The Adam – Eve world is similar to the earthly things or transgressions. These transgressions or sins of the contemporary world are ones which are supposed to be fixed by Romeo and Juliet.

Woman’s Story is the first poem in this particular collection. The theme of feminism and woman empowerment is conspicuous. The dangers that are posed by the male counterparts – specifically those relating to demeaning the women and other male chauvinistic tendencies – deter the Woman’s progress. She is the poem that talks about the subject matter underestimated challenges in life. Despite her being a significant catcher of attention in the public limelight; her internal conflicts are fought alone. Spring as a poem is reminiscent of the changes and dynamic nature of seasonal life the persona was experiencing.

Farewell looks into the downfall and challenges that the persona underwent culminating in her life. Good Bye is the poem that shows the emptiness the she was experiencing at the moment. She talks of the autonomy she provided her counterpart. She confided in him and found solace; but as an aftermath, that solace turned into emptiness. Podium as a poem is reminiscent of the  phrase the “icing on the cake” because the poem is reminiscent of the anticlimax of the whole situational experiences. Farewell Lovely embraces the transformational changes that the poet was willing to let go and find a new path.

To conclude, on the light of stillness and solitude is what in turn gave the poet inspiration to get reborn and different ways. This is where her poetic soul found its harbour in “Water Lily” 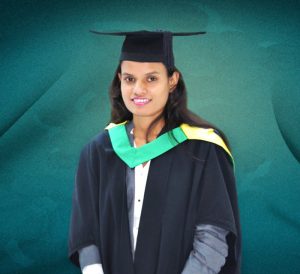 India’s economic support to Sri Lanka not based on communal approach: Jaishankar

(LANKAPUVATH | COLOMBO) – India’s External Affairs Minister S Jaishankar on Wednesday justified the government’s support to Sri Lanka, saying India would be shirking its responsibility if it did not step forward to support a crisis-hit neighbour.

A new mobile application (App) for the safety of tourists

Release of the second volume of Jataka Tales Audio Book