(COLOMBO, LANKAPUVATH) –After the completion of the World War II in 1945, the world was divided into two camps; the socialist camp led by the Soviet Union and the capitalist camp led by the US. Until the collapse of the Union of Soviet Socialist Republics (USSR) in 1991, there was a regular competition between these two camps in almost all the spheres for more than four decades. Simultaneously, there was a propaganda war between them, which was called the Cold War. In the midst of the cold war, there was a fierce battle between the US and USSR for the space supremacy as well.

On 4th October, 1957, for the first time in the human history, the Soviet Union was able to launch a man-made satellite into orbit, and the satellite was named as Sputnik I.  Obviously, it was a shocking news to the Western world, since they always assumed that they have a technological lead over the USSR. But, the Soviet Union was able to gain the space supremacy gradually by recording several subsequent achievements. Soviet cosmonaut, Yuri Aleksiyevich Gagarin became the first human to travel into outer space, accomplishing another major milestone in the space race. The satellite, Vostok I, carrying Yuri Gagarin completed one orbit on Earth on 12th April, 1961. Later, on 16th June, 1963, the Soviet engineer and cosmonaut, Valentina Vladimirovna Tereshkova became the first woman to journey into space. On 18th March, 1965, the Soviet cosmonaut, Alexei Leonov became the first person to conduct a spacewalk leaving the capsule for 12 minutes.

Of course, US was also able to achieve a major milestone by sending the first person to the moon. On 20th July, 1969, the American engineer and astronaut, Neil Armstrong became the first human to walk on the moon. Though the Western political leaders and the media did not accept the reality at that time, the USSR emerged victorious in space race of cold war period. In the meantime, there were many positives of space battle between the US and Soviet Union; the achievements in the space technology have accelerated the overall development of science and technology.

I have written this prologue about the space race of cold war times, because there is a similar battle or a race among the powerful countries these days. And it is for the supremacy in the COVID-19 vaccination. One of the forerunners in this competition, Russia has named its COVID vaccine as Sputnik V purposefully, to remind the world about achievements of Soviet Union in space technology. (The Russian word “sputnik” has two meanings, i.e. “travelling companion” and “satellite”.) By becoming the first country to submit an application to the World Health Organization (WHO) for vaccine registration, Russia has achieved a milestone in the COVID-19 vaccination race. An Eastern European diplomat has said, “the search for vaccines in 2020 was rather similar to the race for space flight in the 1950s. Once again many outsiders have underestimated Russia. This is potentially the most powerful tool of soft power that Moscow has had in its hands for generations.”, BBC reported recently.

Though Russia had to wait for a long time to get the WHO approval for its Sputnik V vaccine, more than 60 countries have already approved it for emergency use. Though the European Medicines Agency (EMA) is yet to approve the Russian vaccine, two EU countries, Hungary and Slovakia, have already started inoculating their citizens with it. Further, it was reported that France and Germany are ready to buy Sputnik V vaccine when the EMA grants its approval. While the Western world is delaying the approval of Sputnik V vaccine, Russia has developed a one-dose vaccine named as Sputnik Light with an efficacy rate of 79.4%. Sputnik Light was approved for emergency use in Russia in May, and definitely could speed up the vaccination drive in many countries, since most of the current vaccines are administered in two doses.

It is understood that the vaccine approving mechanism need to be very stringent and based on the accurate data and information. However, during this pandemic, the usual procedures and regulations have been relaxed to a great extent in almost all the countries. In this regard, it has to be noted that WHO has approved the Pfizer vaccine in less than two months, since WHO relies on the recommendations and approvals of the EMA. On the other hand, Russian and Chinese vaccine candidates (Sputnik V, Sinopharm and Sinovac) had to wait for months for WHO approval. If the WHO feels that the regulatory standards are not adequate in some countries, then it could collaborate with the national medicines regulatory authorities to ensure the required standards are met, some experts suggest. It would facilitate not only the WHO approving process, but also would accelerate the global COVID-19 vaccine production and distribution.

As per the WHO records, currently there are 102 COVID-19 vaccine candidates undergoing clinical trials and 185 candidates are in pre-clinical development. Recently, Iran has authorized its homegrown vaccine for emergency use, bringing the total number of COVID-19 vaccines inoculated globally to 16. Pfizer, Moderna, AstraZeneca, Sputnik V, Johnson & Johnson, Sinopharm, Sinovac are the most used COVID-19 vaccines at present worldwide. As of 16th June, 20.9% (2.5 billion) of the world population has received at least one dose of a COVID-19 vaccine. 6.29% of the global population or 480 million people were fully vaccinated; received both doses.

However, the high-income countries are already far ahead in their vaccination drives in comparison with the low-income ones. For example, 44.4% (146 million) of the total population of US have received both doses of the vaccine, whereas 45.3% (30.2 million) of the total population of UK have received both doses. The countries like Germany, France, Italy, Spain have also fully vaccinated more than 20% of their population. In other words, the rich countries with 16% of the global population, have accounted for more than half of the vaccine doses already injected. Only 0.8% of people in low-income countries have received at least one dose, and there are some countries that have not received a single dose yet. This clearly shows the inequality, inequity and injustice of the global COVID vaccination programme. Some people have even call this situation as Vaccine Racism or Vaccine Apartheid.

The COVID-19 Vaccines Global Access (Covax) facility was established by the WHO in collaboration with the  Global Alliance for Vaccines and Immunization (GAVI Alliance), explicitly to prevent such an outcome. Covax facility is aimed at expediting the COVID-19 vaccine development, securing vaccine doses for all the countries and distributing them in a fair and timely manner. Covax facility aims to ensure that more vulnerable people in low-income countries also get their vaccines in time. However, Covax facility is facing difficulties in achieving its goals due to lack of funds, inadequate vaccine production, complex contractual agreements, complexities in import-export regulations etc. The facility so far raised only $ 4 billion whereas its target for the year 2021 is $ 6.8 billion. Another major bottleneck is the inadequate COVID vaccine production. India was supposed to produce 70% of the world’s COVID vaccine requirement, and the Serum Institute of India was given the rights to produce AstraZeneca vaccine. Moreover, India was supposed to provide a large quantity of the vaccine to low and middle-income countries under the Covax facility. However, India has temporarily suspended the export of the COVID vaccine due to the disastrous second wave of the pandemic started in the latter part of April.

Since the Covax facility does not prevent member countries making direct purchases from pharmaceutical companies, many rich countries have made bilateral deals with pharmaceutical companies outside the Covax facility. Within a month of the approval of first three COVID vaccines, the high-income countries have placed orders for about 85% of the estimated vaccine production for the year 2021. Most of these orders were so-called pre-orders which have made even before the regulatory approval has been granted. Some countries have ordered huge number of vaccines, sufficient to inoculate the entire population of the country 3-4 times. For example, Canada has ordered vaccine doses enough to vaccinate the entire population five times. UK to vaccinate 3.6 times, EU to vaccinate 2.7 times. Some people feel that this COVID vaccine grab by rich countries is a clear indication of the Vaccine Racism. If this trend continues, most of the low-income countries will have to wait till the end of 2022 to get their first dose, experts estimate.

Another main factor restricting increased vaccine production is the patent rights that provides a monopoly on vaccine production to the pharmaceutical companies. A patent is a type of intellectual property which give its owner the legal right to exclude others from making, using or selling an invention. India and South Africa have already submitted a proposal to the World Trade Organization requesting to temporarily waive the intellectual property rights for COVID vaccines and treatments. Though, this proposal was opposed by the US and other Western countries initially, both US President Joe Biden and Russian President Vadimir Putin have recently expressed their support for a patent waiver.

However, there is a trivial truth which all the countries, rich and poor, big and small, should understand, or more precisely, should accept at this crucial juncture. A single country alone (or only a few countries) cannot control this global pandemic. A single country alone cannot escape from this global pandemic. Even if some countries have fully vaccinated their populations while some have not vaccinated at all, then the vaccinated countries will have only a short term protection. If the virus continue to circulate in any part of the world, then there is a possibility of transmitting it to the other parts of the world. There is always a possibility of mutation of the virus and emergence of more dangerous new variants. In turn, these new virus variants might spread into other countries. Recent identification of COVID patients infected with Indian delta variant in US and UK is a clear evidence for this.

On the other hand, for how long the international trade and international travel can be suspended? Can the rich countries continue their affairs alone without any contact with the poor countries? In today’s globalized world, all the countries are so interconnected that a single country cannot live alone. COVID-19 global pandemic has reminded us that truth again. Thus, we, humankind as a whole, need a united concerted effort to eradicate this virus. We should not allow any kind of vaccine discrimination, vaccine racism, at this critical moment. 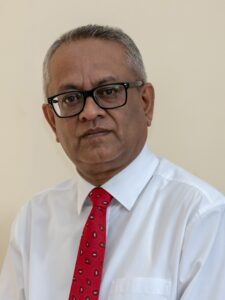 chanaka inoj17th May 2019Leave a reply

Visit of General Manoj Mukund Naravane, Chief of The Army Staff of India to Sri Lanka

Record promotions to over 10,000 ranks in the Army to coincident with the Army Day-2021