The newly established faculty is the 11th faculty of the KDU which is fast becoming a leading seat of higher education in the country.

Speaking at the event Defence Secretary Gen. Gunaratne said that the need of establishing such a faculty was initially made by the President GotabayaRajapaksa at the Security Council held on 19th October 2020, where he emphasized the value of creating a professional Police Force comprised of officers who are academically and professionally qualified with the law and its enforcement to serve the nation effectively. Subsequently the KDU was given the responsibility to create the necessary academic atmosphere and the KDU Board of Management approved the establishment of the proposed Faculty of Criminal Justice on 21st May 2021, he further revealed.

He was also of the view that the new faculty fulfills a timely need as a considerable number of school leavers and professionals seek higher education in this field and also developments of recent past in the domain of criminal justice and related fields in Sri Lanka have intensified the necessity to enhance the capacities of personnel who are engaged in the criminal justice system.

He expressed confidence that the very outcome of this great step taken by the KDU would immensely contribute to law enforcement and related systems by providing a community of well acquainted professionals in the field of Criminal Justice to our motherland. 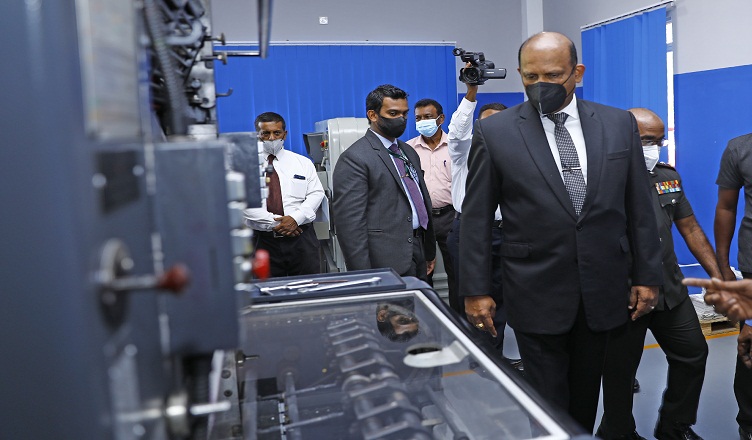 During the ceremony the Defence Secretary also launched the website of the new faculty.

The ceremony commenced with the observing of a moment of silence to pay gratitude to the sacrifices of the war heroes. Dean of the Faculty of Criminal Science Prof. JeevaNiriella made the welcome address.

Vice Chancellor of the KDU Major General MilindaPeiris presented a memento to the Defence Secretary as a token of appreciation during the ceremony.

Secretary to the Ministry of Public Security Major General K. JagathAlwis, Inspector General of Police CD Wickramaratne, Director General of the INSS Prof. Rohan Gunaratna, senior police officers and members of the KDU academic and administrative staff were present at the occasion.

One day service for passports extended to 3 more districts

(LANKAPUVATH | COLOMBO) –The ‘One Day Service’ for issuing of passports will commence in three more districts from next Monday (June 04), according to Minister Dhammika Perera.

DMT to provide limited services due to fuel shortage

Foreign Ministry restricts consular services to only 3 days a week

‘One Country, One Law’ Task Force hands over report to President

Revised notice regarding the conduct of schools during the week from June 27 to July 1, 2022