(LANKAPUVATH | COLOMBO) – Get ready for the most memorable boxing series in Sri Lankan boxing history. The countdown to the Middle East Crown – Series 5 Boxing, organised by DJMC Events UAE, is all ready to be held on November 26, 2022, at the Hotel Shangri-la Ballroom from 6.00 pm, with doors opening earlier The event would comprise 10 bouts, featuring 20 professional boxers and, Three Championship Titles

The ‘Countdown To The Middle East Crown’, is a series of 10 professional boxing events per season, spanning over 24 months. Its goal is to promote professional boxing appeal in the region, showcasing ‘Exciting Fight Cards’ featuring exclusive boxing talent from all across the globe. 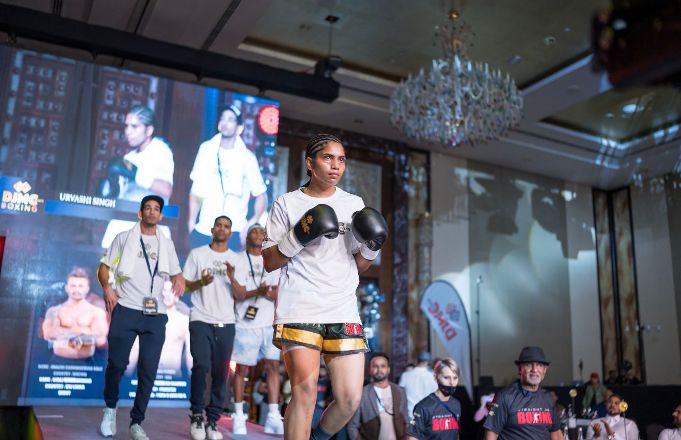 Participating are three of our Sri Lankan boxers, Tharindu Roshan, Niraj Wijewardana & Kaumini Hashini who turned professional in Dubai at DJMC series 3 and are now participating in series 5. They are currently training hard in Dubai under expert supervision and coaching in preparation for this event to fight in front of their most ardent fans and supporters. They are looking forward to and expect full support during this event.

The maincard event will showcase international and professional boxing champions from India, namely current WBC champions Sachin Dekhwal & Urvashi Singh, among other world-reputed international boxers. Another highlight of the event & featured on the fight night is Indian female pugilist Sarjubala who will add to the excitement in the ring.

Sarjubala Devi is an Amateur Boxer turned professional, second only to India’s Marrycom. She is a former World Champion and Rio Olympic boxer.

Undercard will also showcase an array of 8 exhilarating international Fights.

The gala event will also bring you a broad spectrum of entertainment featuring some of the country’s most prominent artists and performers, who will take away the show with musical entertainment, dance performances, and many other exciting acts for your entertainment.

DJMC has identified Sri Lanka as a nation with a growing interest in the sport of boxing since it was first introduced to the island nation in the 20th century.

Hence, it presents this ultimate boxing event for all Sri Lankan fans enriched with a world-class experience every second to bring a tremendous contribution towards taking forward boxing as a popular sport in Sri Lanka.

The organisers also aim to promote the tourism industry in Sri Lanka through the event, which would in return enhance its economy.

The countdown to The Middle East Crown series was conceptualised to promote boxing primarily in the Middle East. However, with the growing interest of fans and audiences from Asia, DJMC has expanded its events regionally and globally.

The leading proponent for the manifestation of the series is Dunstan Paul Rozairo, Chairman of DJMC, an entrepreneur and business specialist with a penchant and passion for boxing. 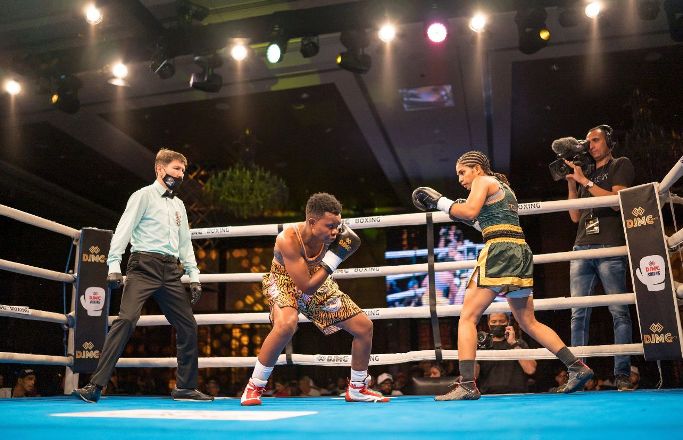 He endeavours to make the UAE the focal for pro-boxing in the Middle East region. Hence, the DJMC consistently hosts its very own “countdown to the Middle-East Crown” series, culminating in a series of 10 and more.

So let the Countdown begin for Sri Lanka’s first international professional boxing bash – “The Countdown to the Middle-East Crown” Series 5.

(LANKAPUVATH | COLOMBO) – The price of a litre of 92 Octane Petrol has been increased by Rs. 30, with effect from midnight today (01 Feb.), the Ceylon Petroleum Corporation (CPC) announced.

IUSF convener Wasantha Mudalige who was remanded under the PTA released

President asks for a report on the parties against importing eggs